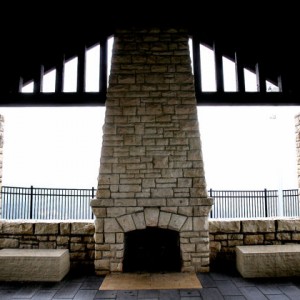 Fowler and Hammer, Inc. is proud to have been the General Contractor on the Grandad Bluff Scenic Overlook Restoration project for the City of La Crosse.

The overlook had been closed since 2007 due to safety and erosion concerns. The newly restored area is fully handicap accessible and a new cantilevered platform has been added to replace the southern overlook.

The stone shelter on site was built in 1938 and has been carefully restored by Fowler and Hammer, Inc.’s skilled masons.

The APWA (American Public Works Association) has recognized this important project and has awarded the City of La Crosse, Engineering & Construction Innovators, Inc., River Architects, and Fowler and Hammer, Inc. the APWA – Wisconsin Chapter Project of the Year Award. 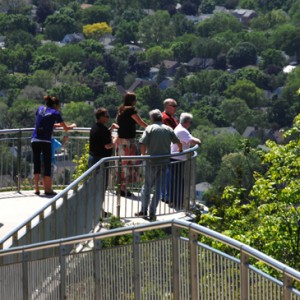 Additionally, the APWA has also given the Grandad Bluff project the award for the 2013 National Project of the Year. Award ceremonies will be held in La Crosse, Wisconsin for the state award and in Chicago, Illinois for the national award.